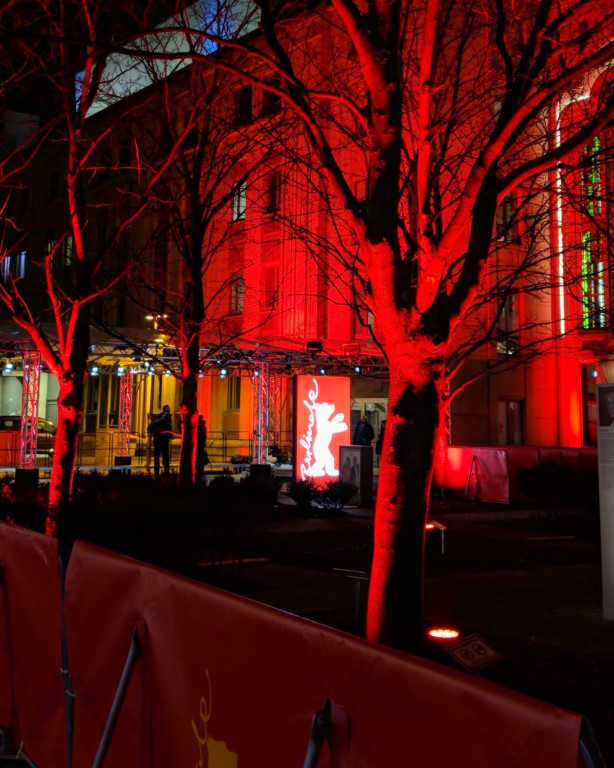 Berlinale 2023: An overview of the film festival in Berlin

Where are the venues of the Berlinale 2023?

Every year, Berlin culture fans eagerly await the latest information on the Berlinale. But will we still see the same venues in 2023? A lot has happened in recent years, both in the world of cinema and in the world of film festivals. It is therefore not unlikely that the Berlinale’s venues could change to meet the latest technological needs and requirements.

A look at the list of venues for the Berlinale 2021 reveals a certain consistency: the Zoo Palast, the HAU Hebbel am Ufer (HAU1), the Kino International, the CinemaxX am Potsdamer Platz, the Cineplex Titania and many more have been fixed components of the program for many years. Some newer venues like the Verti Music Hall or the silent green Kulturquartier are already making a great impression and continue to promise an unforgettable festival experience.

It remains to be seen what other innovations we can expect in 2023. What is clear in any case is that the Berlinale venues must meet the standards of modern film festivals and should be impressive both technically and architecturally. Regardless of this, however, one thing is already certain: The Berlinale is and will remain one of the best international film festivals – and its venues contribute significantly to this reputation!

The Berlinale as part of Berlin’s cultural scene

The Berlinale is not only an important film festival, but also an important part of Berlin’s cultural scene. Every February, the festival attracts thousands of visitors from all over the world who want to take advantage of the opportunity to see great films and become part of a vibrant and diverse film culture.

The Berlinale takes place in various cinemas and cultural centers in the city and thus also offers the opportunity to get to know different neighborhoods and districts. In addition, there are numerous events and parties that take place as part of the festival and bring the atmosphere of the city even more to life during this time.

Where can I buy tickets for the Berlinale?

Tickets for the Berlinale can be purchased on the festival’s official website at https://www.berlinale.de/de/programm/ticket-info.html. In previous years, there were different ticket categories there, such as one-way tickets, day tickets, festival passes and VIP passes. It is recommended to buy tickets early, as they usually sell out quickly.

There is also the possibility to purchase tickets through the Berlinale advance booking offices. These are located in various districts of Berlin and in other cities in Germany. A complete list of advance ticket outlets can be found on the festival’s website.

There is also a limited contingent of tickets that can be purchased on site at the box office. However, these tickets usually sell out quickly, so it pays to come early.

The Berlinale is back in town and the LINDEMANN HOTELS are perfect starting points for your Berlin visit. The fjord hotel berlin is located very close to Potsdamer Platz and City West, where many of the venues can be found. Hotel LINDEMANN’S is also not far away and offers an ideal location for a visit to the Berlinale. From CALMA Berlin Mitte you can easily reach the Kino International and the Cubix at Alexanderplatz. An alternative is our Anna 1908 in Steglitz. Right on the subway, this will get you to the key locations at this year’s Berlinale in no time!

Highlights of the Berlinale 2022

The best moments of the international film festival in Berlin

Save and close settings

If you are under 16 and wish to give consent to optional services, you must ask your legal guardians for permission. We use cookies and other technologies on our website. Some of them are essential, while others help us to improve this website and your experience. Personal data may be processed (e.g. IP addresses), for example for personalized ads and content or ad and content measurement. You can find more information about the use of your data in our privacy policy. Here you will find an overview of all the cookies used. You can give your consent to entire categories or have more information shown and select only specific cookies.

All accept Save and close settings